There’s a lot to think about when you start a new fitness business and not a lot of education out there on how to get it done from steps A thru Z. It can be overwhelming, and that is why so many fitness businesses don’t succeed or fail to even launch! There is often a lack of initial planning that will help the fitness entrepreneur overcome the paralyzing effects of what it takes to actually carry through with starting a fitness business. Since I have done it successfully three times now, I feel I have a bit of an expertise in this area. I will go over all the legal and physical steps and try to organize the experience a bit better from filing for your Sole Proprietorship to getting your first client in this series of articles: The Road to Starting Your Fitness Business, but most importantly, I will prepare you for what lies ahead, what you need to brace for and what you will need to embrace in order to succeed.

Before you even think about starting a business, especially in the fitness industry, you should be prepared to fail, even be willing to embrace failure. Just like in training, if you don’t train to failure your body will fail to adapt and grow. Be prepared to push the limits in your training style, in your business concept, and with your pricing; high or low.

I’ve managed all kinds of fitness professionals and one of the concepts that have alluded most of them is their value. I had a massage therapist that was incredible, he had more than a decade of experience and certifications in 7 different styles of massage yet he charged clients the same as the massage therapists that were just starting out. I convinced him to go no less than $125 an hour unless they signed up for a membership then they got him at $115 for an hour. We yelled at each other and he was convinced he would lose all his clients, I yelled back and I was convinced that they new he was that valuable and once he charged his clients what he was worth they would not only stick around but he’d attract new clients that could afford the level of massage that he provided. I dared him to fail by increasing his prices by more than 32%.

I was right and he was dead wrong; as I have stated, it was a risk but he couldn’t make real money doing massage at $85 an hour so something had to change, either his career or his prices. His schedule filled up faster at $125 an hour than it did at $85 an hour. He charged more than anyone in the county and everyone wanted to see for themselves why. The reason why they stuck with him was because he was worth it. If you are worth it, charge the money, they will pay!

You may ask yourself if an even lower price would get me more clients. There was a boot camp right next to me that advertised $29 a month, they started about the same time I did but never got more than two clients at a time when mine grew from 1 or 2 to 6, from 6 to 12 to 20 and now we have, at times, as many as 50 people attending just one of our boot camp classes.

When I started I knew I needed to risk failure to succeed and differentiate myself in an overcrowded market. I wanted to create a recession proof company that had safety in numbers but also provided me with a comfortable income and time to enjoy it. It’s not about being the cheapest or the most expensive, it’s about finding a sweet spot that works for you and your clients.

Tune in next week for the next episode of: The Road to Starting Your Fitness Business. 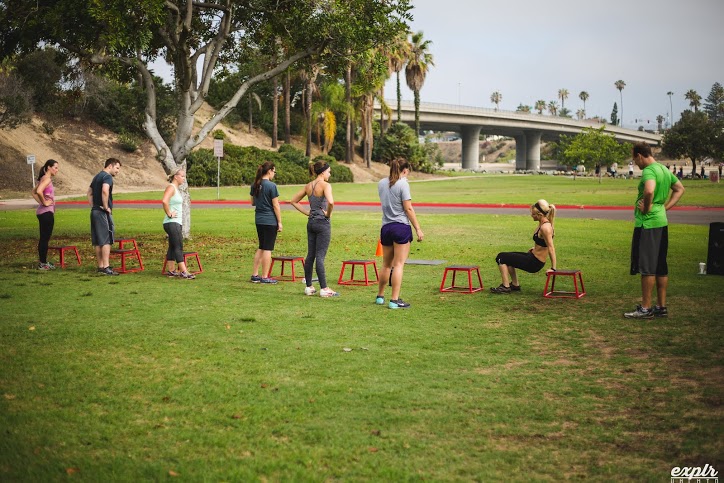 Create Your Business
Or Get In Touch To Schedule A Demo